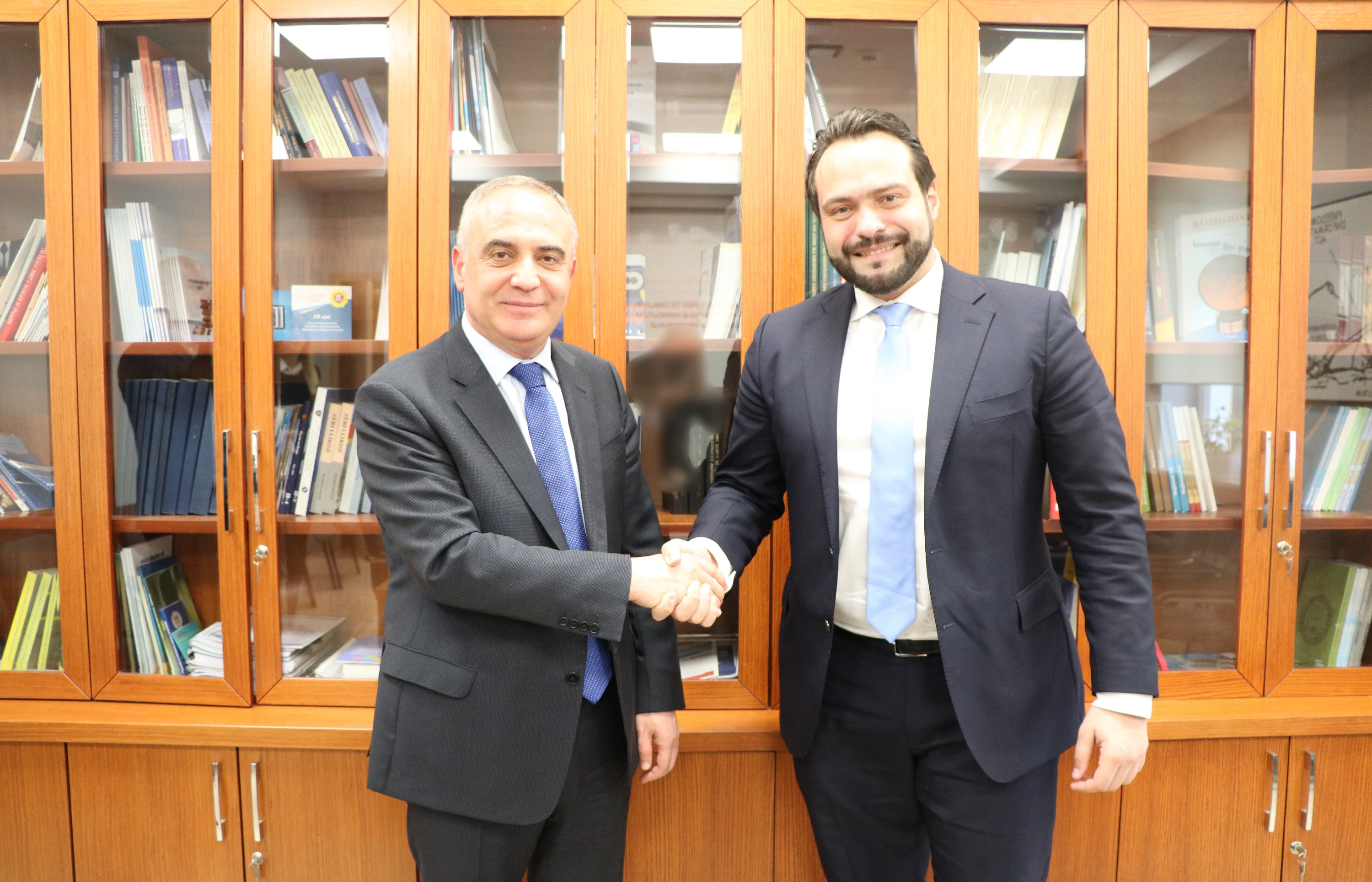 The Information and Data Protection Commissioner, Mr. Besnik Dervishi welcomed in a meeting the Vice-President of the European Parliament, Mr. Fabio Massimo Castaldo. Among other responsibilities as vice-president, he counts Human Rights and democracy.

Commissioner Dervishi made a short overview of the main objectives and achievements in the course of activities of the Authority. The supervision of the application of the Law “On the Right to Information” has brought about quality transformation of the transparency related situated of public authorities. This systematic work provides an essential contribution to the fight against corruption, which is one of the key priorities set by the European Union for our country within the frame of the integration process. The meeting further explored the area of personal data protection, the satisfactory institutional and administrative level acquired by the Commissioner’s Office, as well as the current standards of the Albanian legal framework. He further highlighted the steps taken toward full transposition of the new European regulatory framework into our domestic law – i.e. the General Data Protection Regulation (GDPR) and the Police Directive (2016/680).

Vice-President Castaldo acclaimed the progress scored and the consolidation of the role of independent institutions, their crucial contribution to the European integration of the country. In this context, within the framework of the implementation of the GDPR, he stressed the importance of striking the right balance between the economic and social development and the protection of fundamental rights and freedoms of the citizens. “It acquires more significance when referring to the economic activity in specific sectors conducted by Member States in Albania or when European citizens are the eventual beneficiaries” – pinpointed Mr. Castaldo. On a last note, the Vice-President of the European Parliament offered his support vis-à-vis the future projects with relevance to the European integration.