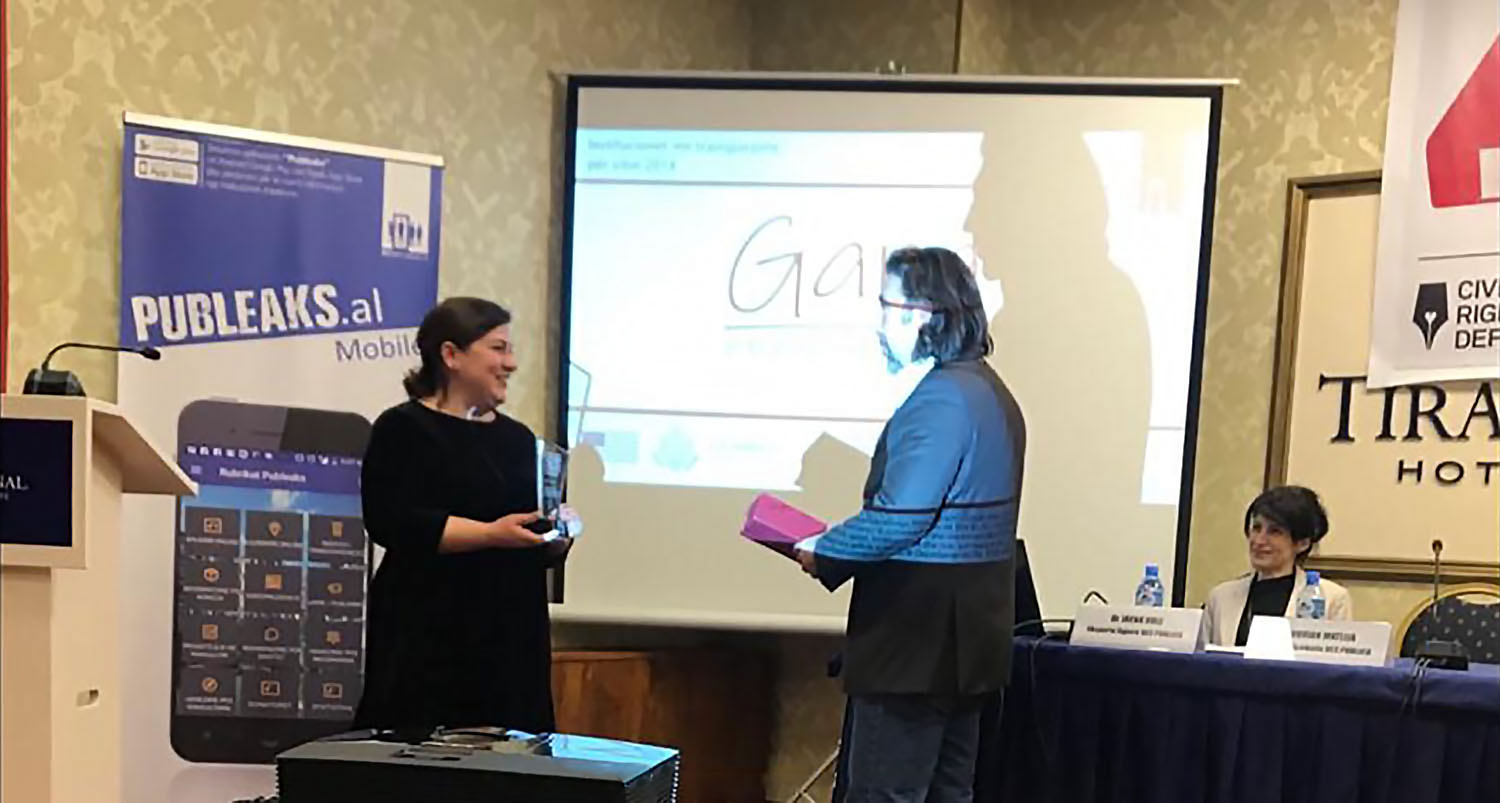 The Office of Information and Data Protection Commissioner was awarded by the “Res Publica” civil society organization as the most transparent Albanian institution over the last year. It constitutes an important recognition of the activity of our institution, as well as an incentive for further efforts in consolidating a culture of accountability and responsibility vis-à-vis Public Authorities.

The Centre published its report “On the right to information in 2018” assessing and evaluating the level of conformance with the requirements of the Law No. 119/2014. The Office of the Commissioner will keep note of the findings of this Report in the course of its activity. Furthermore, the organization handed 5 others awards for transparency in various categories, where the Appeal Chamber was prize-winner in the category of constitutional and independent institutions, the Ministry of Culture in central government’s category, the District Court of Tirana and the General Prosecution Office in justice system’s category; the Municipality of Shkodra among self-government bodies and the General Directorate of Road Transports among subsidiary institutions.