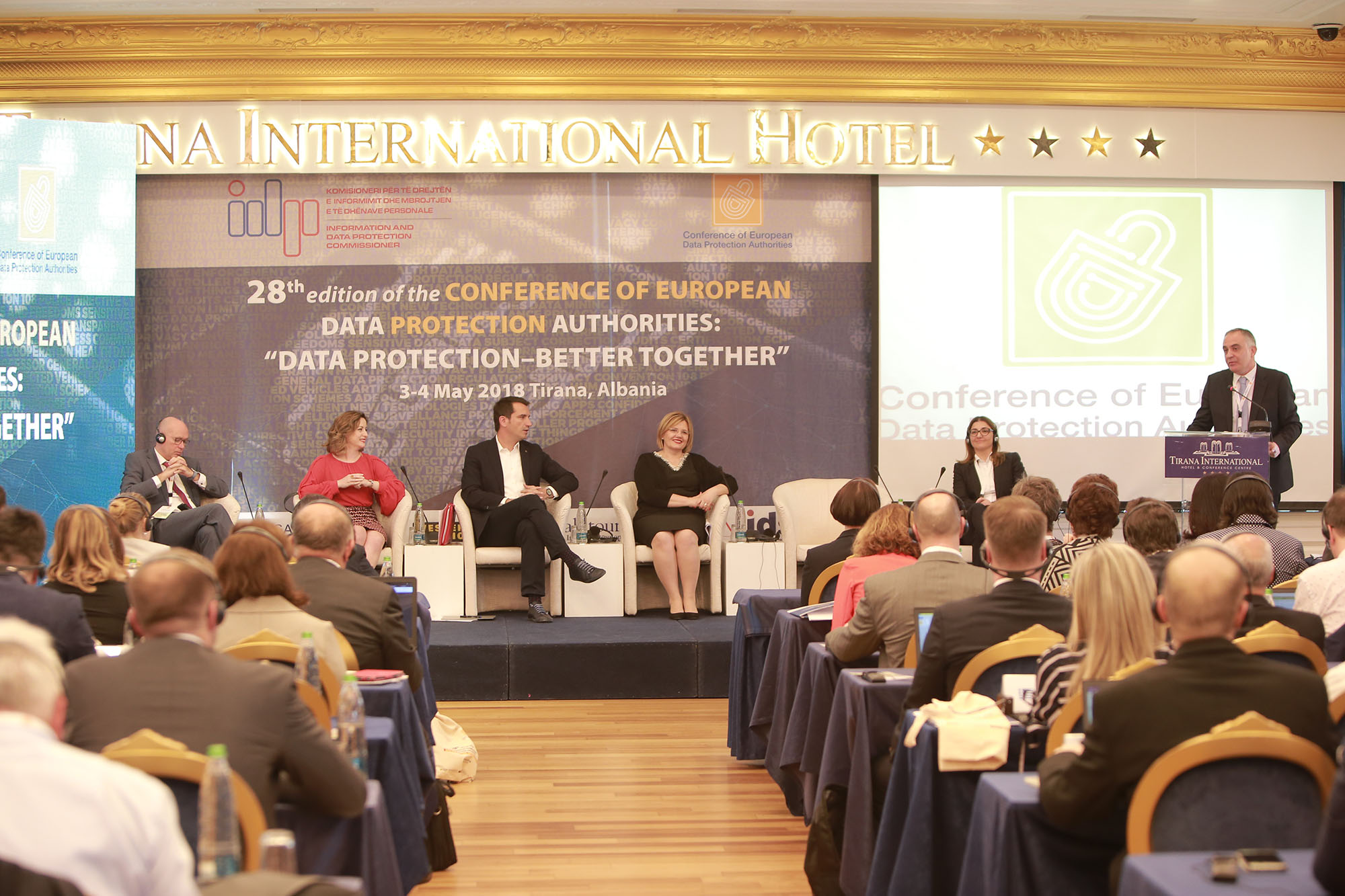 The Office of Information and Data Protection Commissioner organized on 3 – 4 May 2018 the 28th Conference of European Data Protection Authorities, entitled “Data Protection – Better Together”. This is the most important event of this domain in the European continent and is being held for the first time in Albania as well as in the region of Western Balkans. 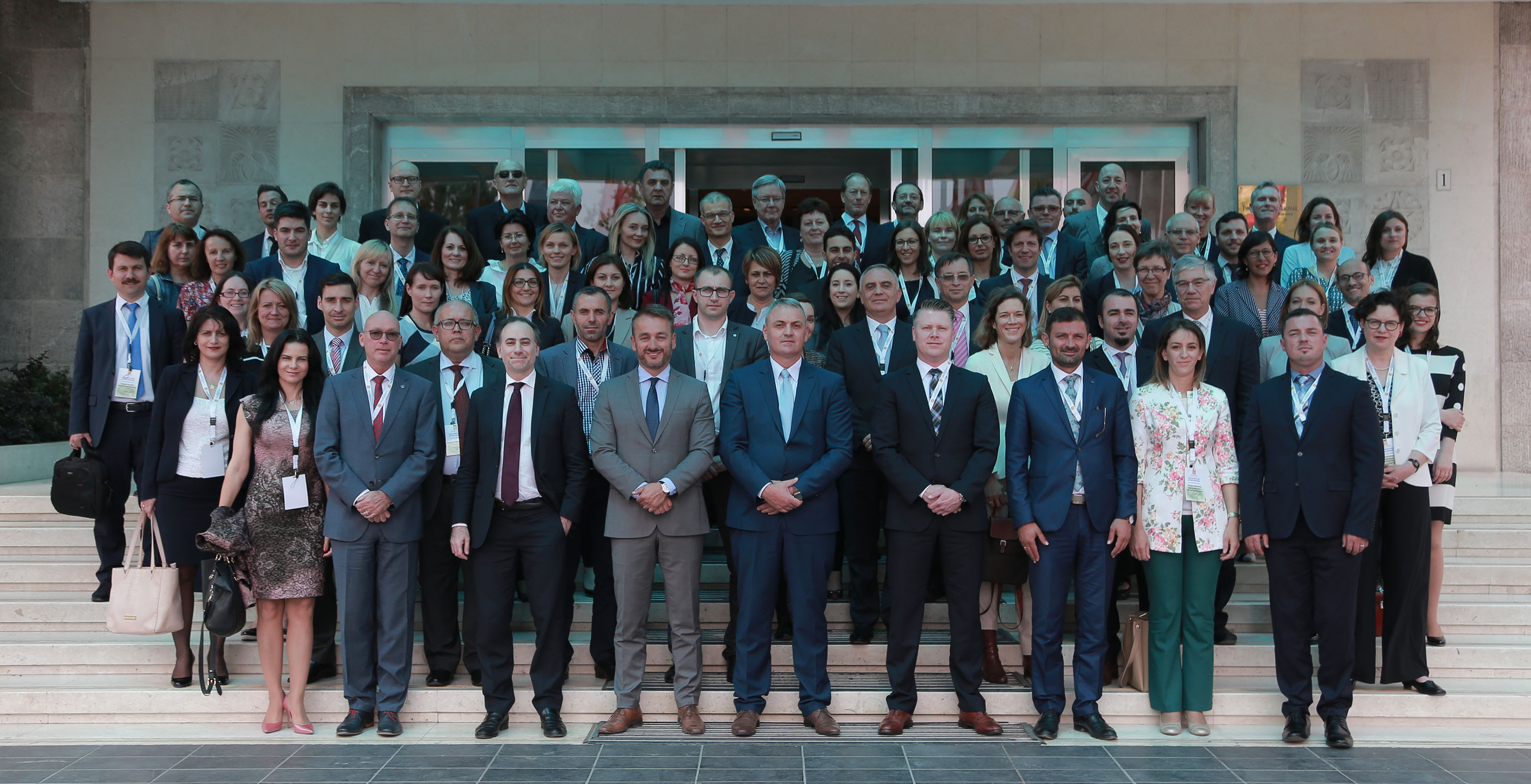 In his welcome note, Mr. Dervishi declared that the Office of the Commissioner has started the process of modernizing the national legislation in accordance with the European standards. This approach is crucial in order to respond to both socio-economic development and integration process of the country. “The Conference is taking place in Tirana, in the region of Western Balkans, which is deeply invested in the process of EU integration. Convinced that I am speaking also on behalf of the other countries of our region involved in this process, I would suggest that the EU bodies and Member States should on their turn respond to our commitment, whereas in doing so the protection of personal data would steer our integration process and the cooperation with EU countries in the context of GDPR – stressed the Commissioner. 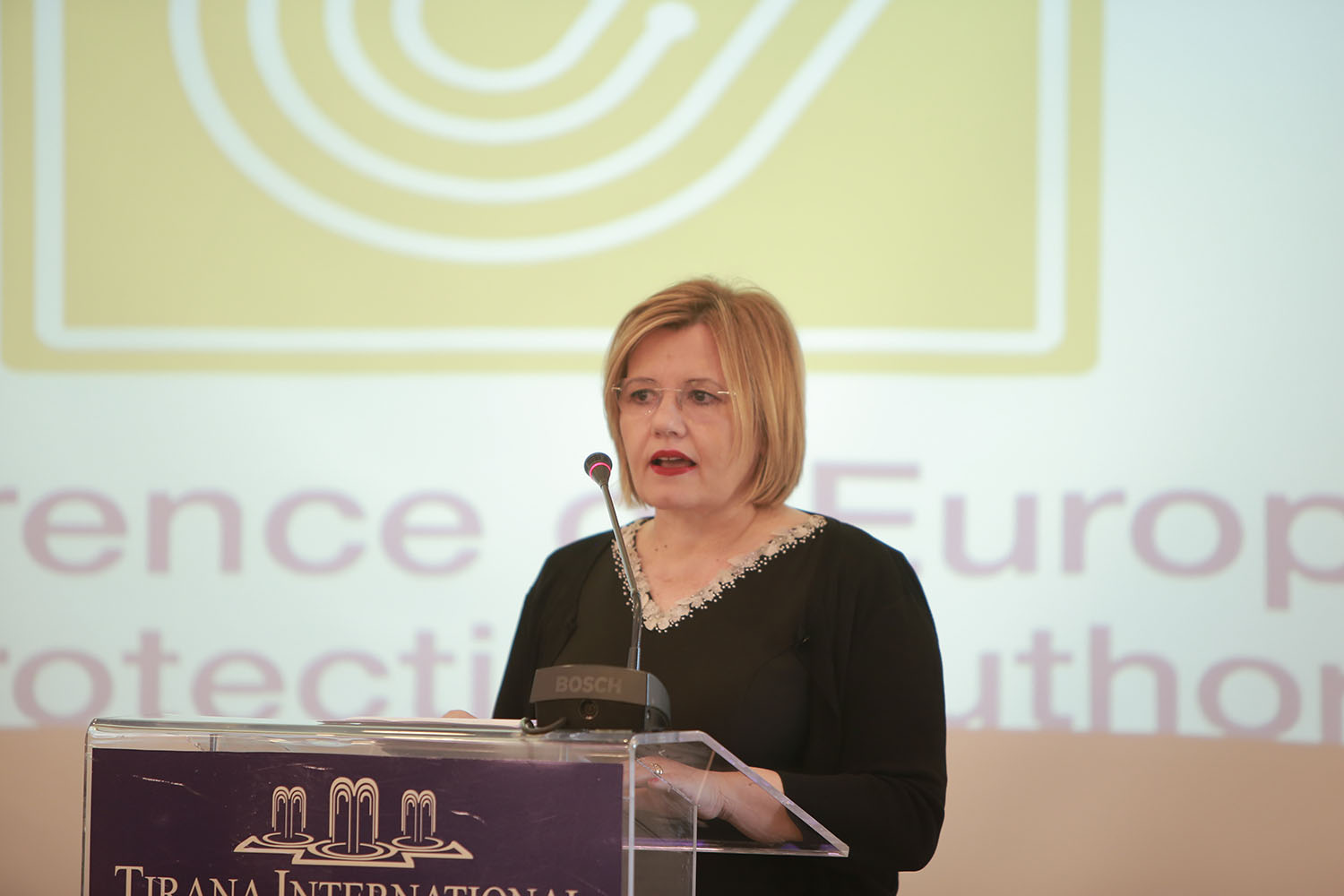 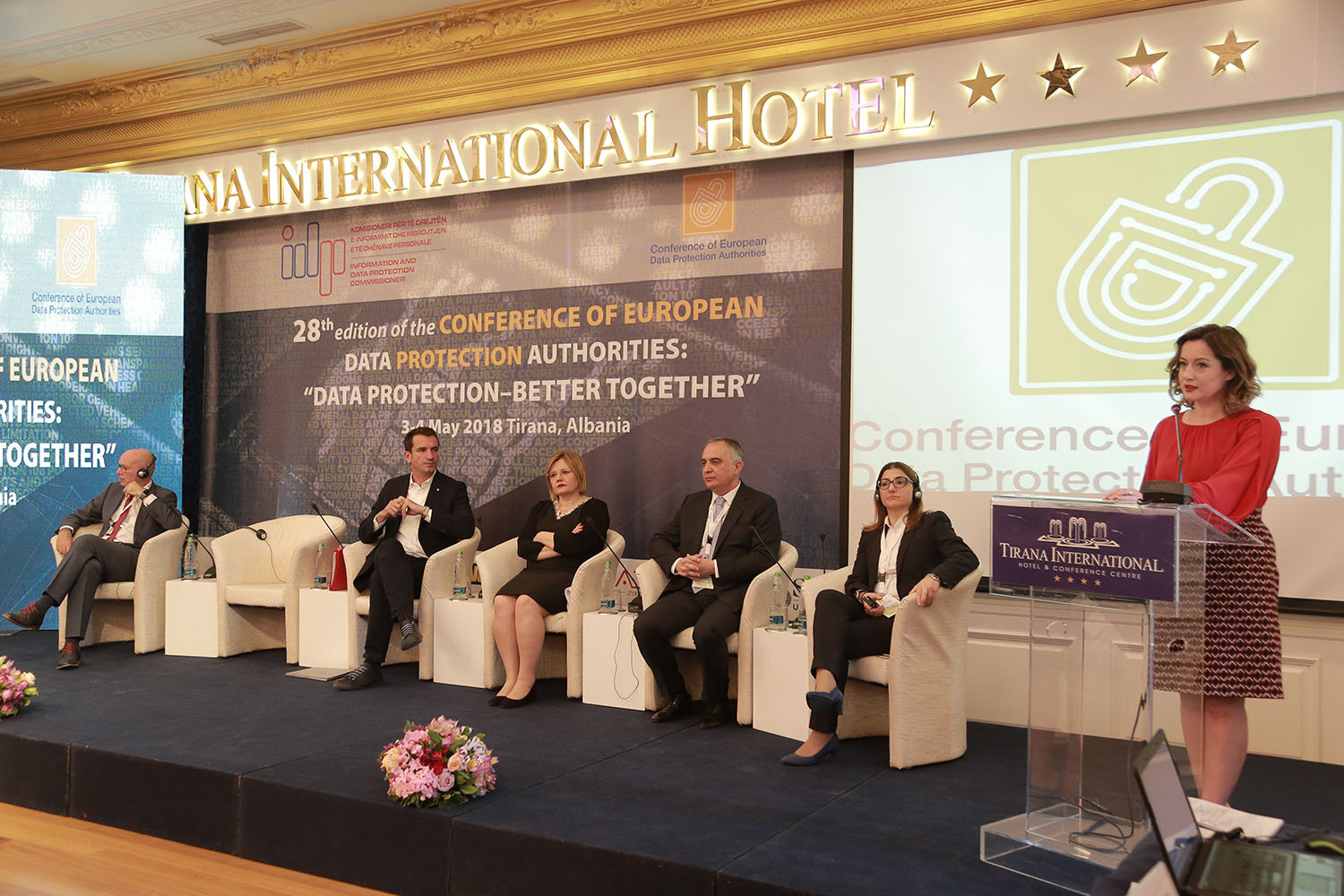 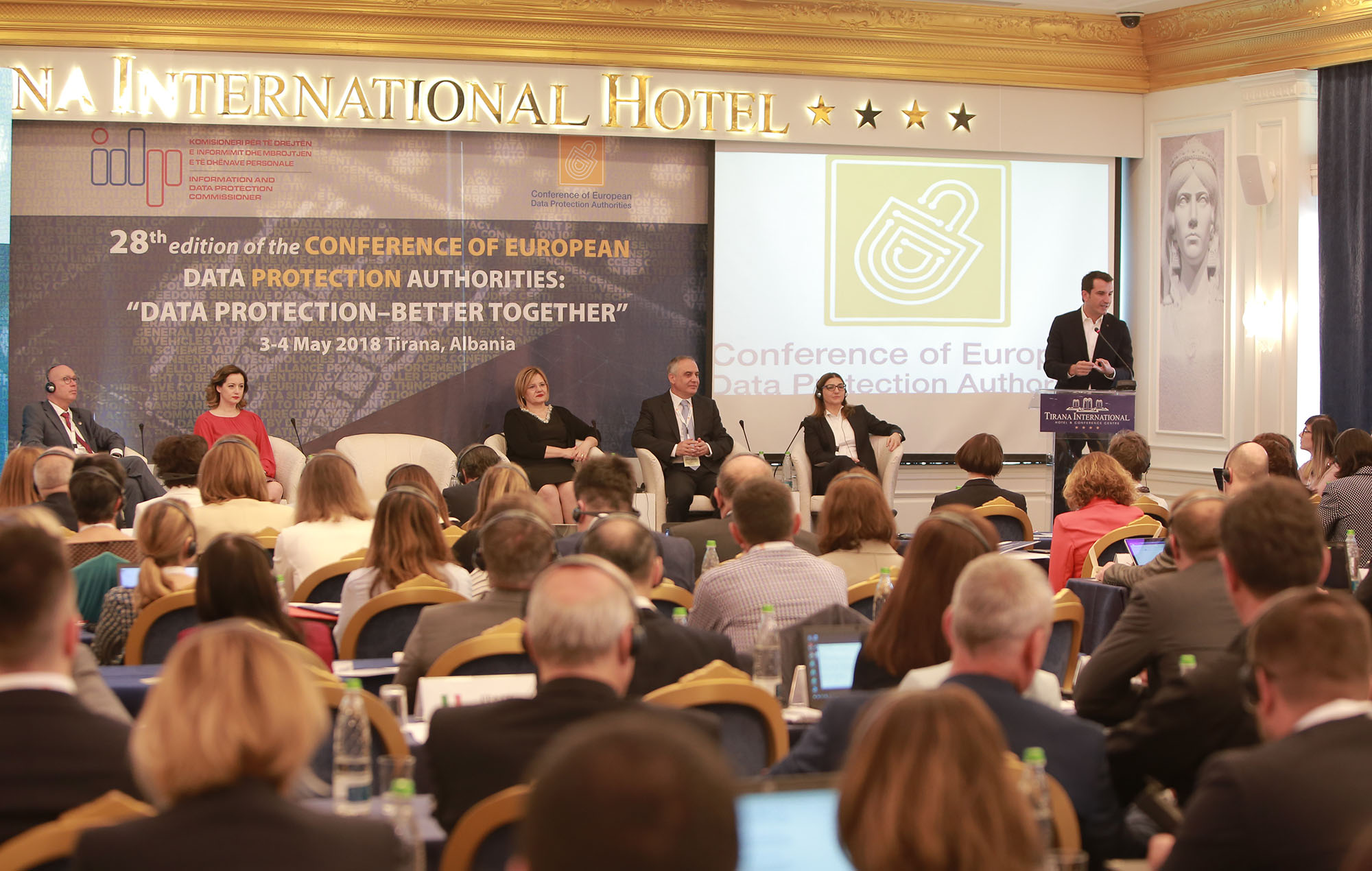 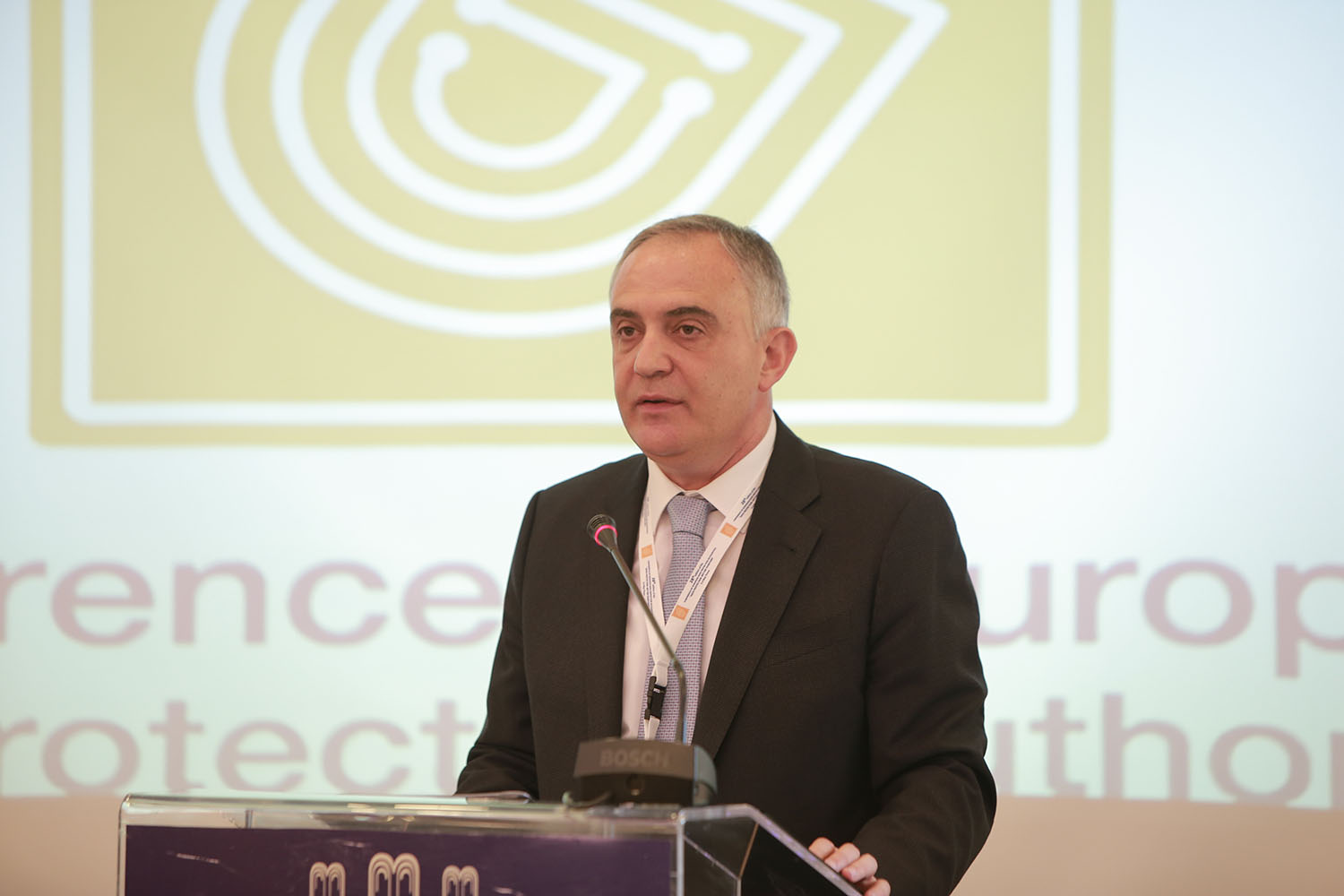 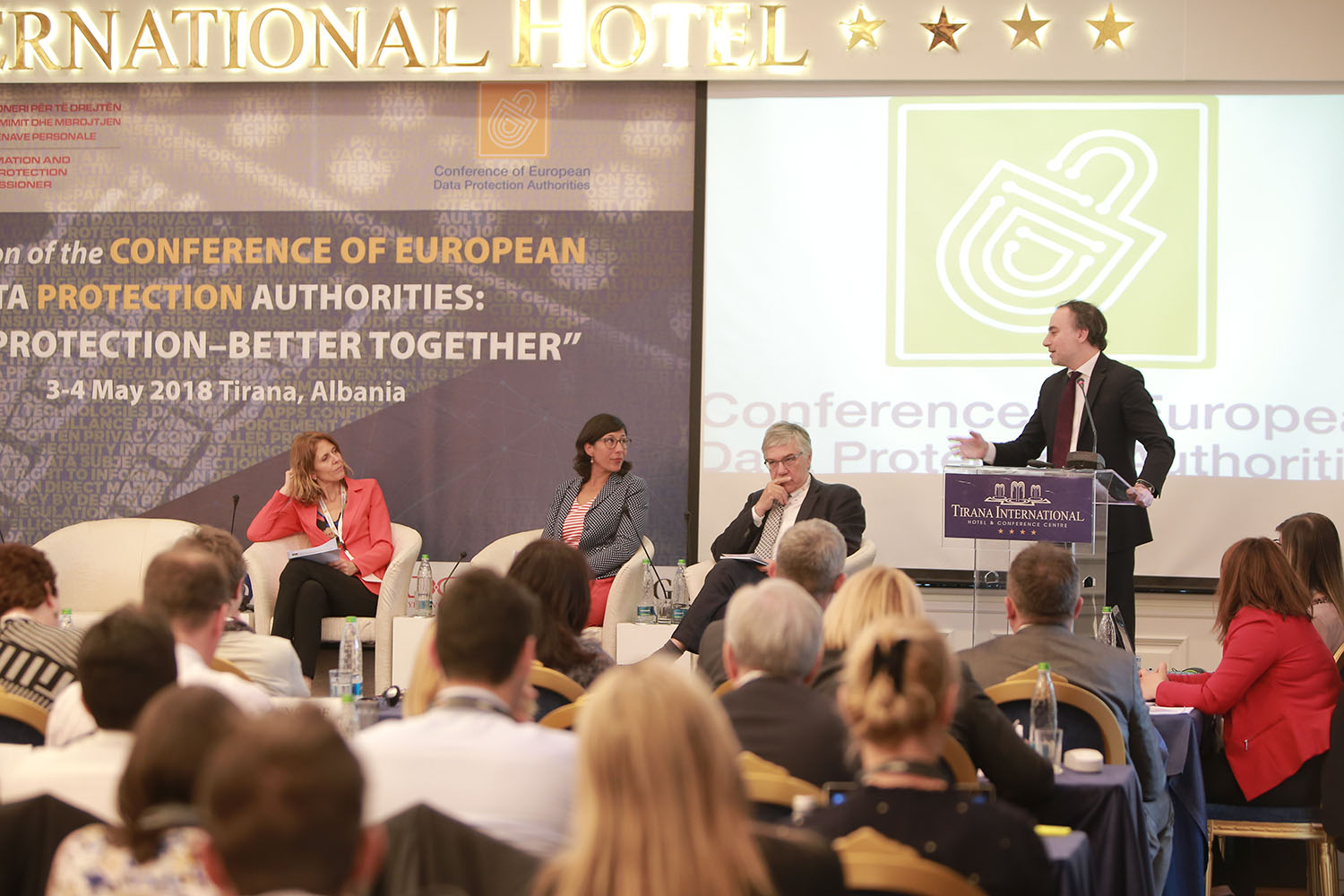 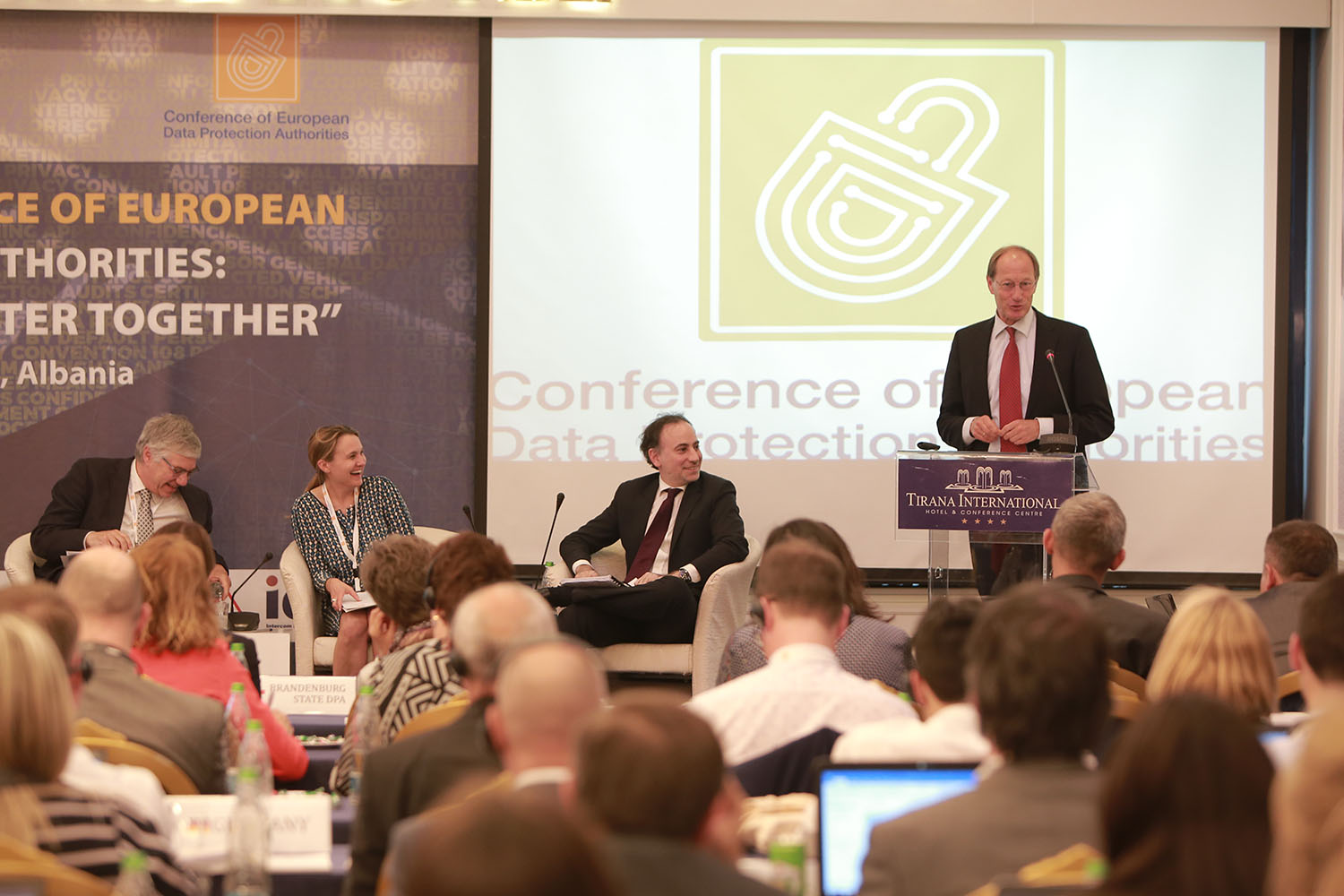 The 28th edition of the European Conference dealt with topics and issues relating to the start of application of the General Data Protection Regulation on 25 May 2018 and the processing of data in the context of activities of police and judicial bodies or the relation of this new regulatory system with third countries. It further evaluated enhancing the cooperation between Data Protection Authorities in the oversight of intelligence services. Moreover, panellists held presentations on the modernization of Council of Europe Convention 108 (“Convention for the Protection of Individuals with Regard to Automatic Processing of Personal Data”); convergence of European data protection standards on other regulatory systems; processing of data in the humanitarian action or the consequences of data use in social networks and in different types of direct marketing. 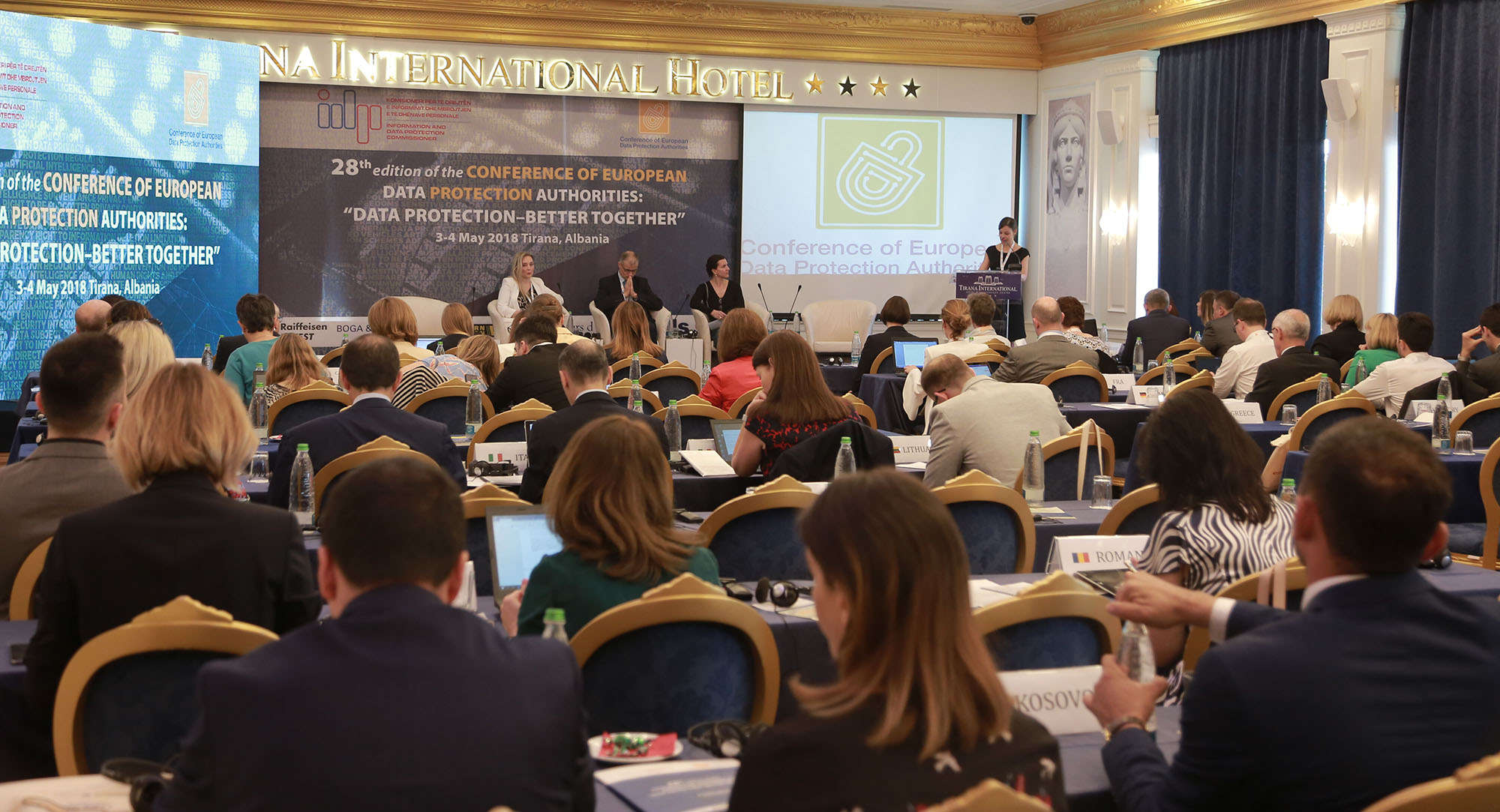 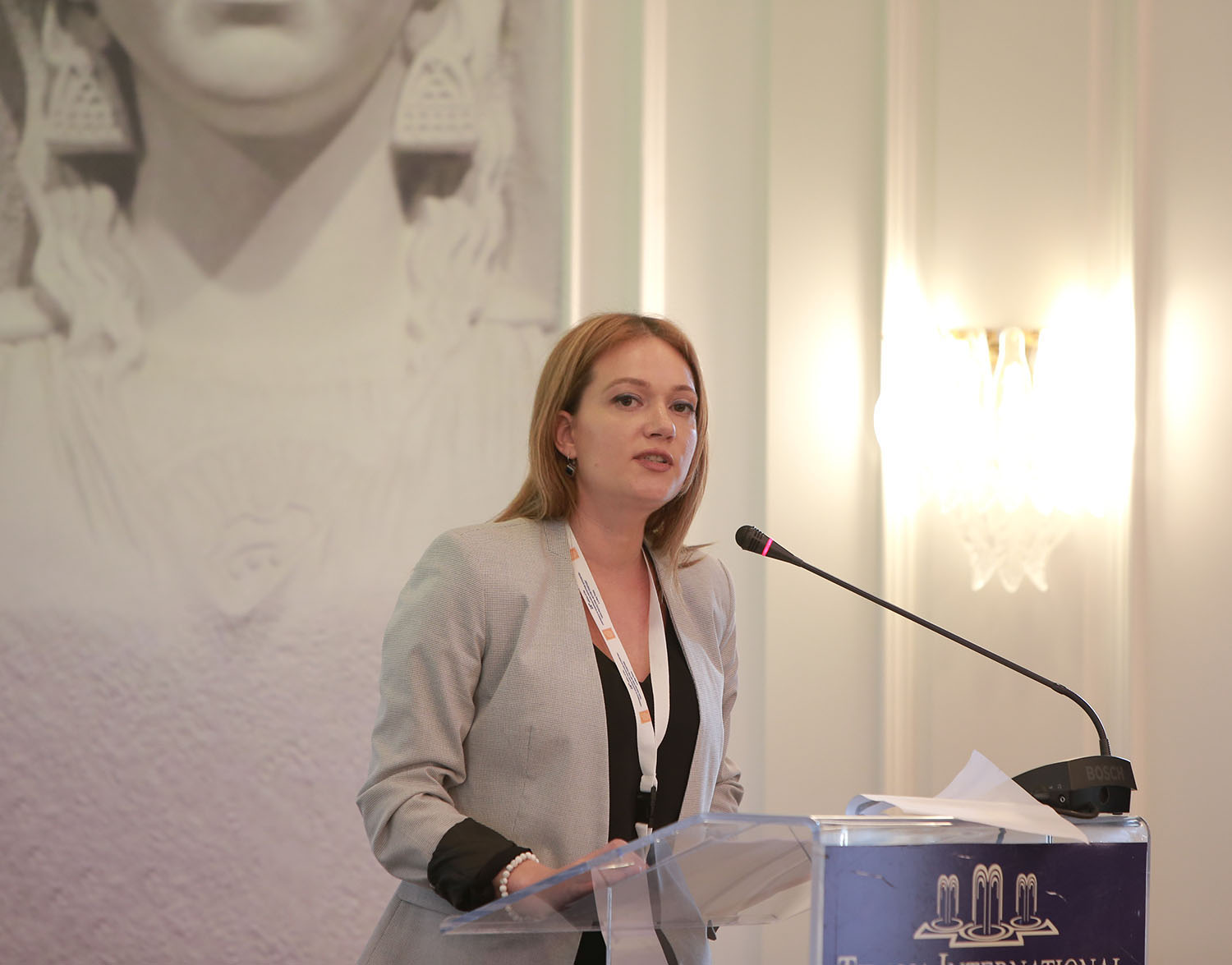 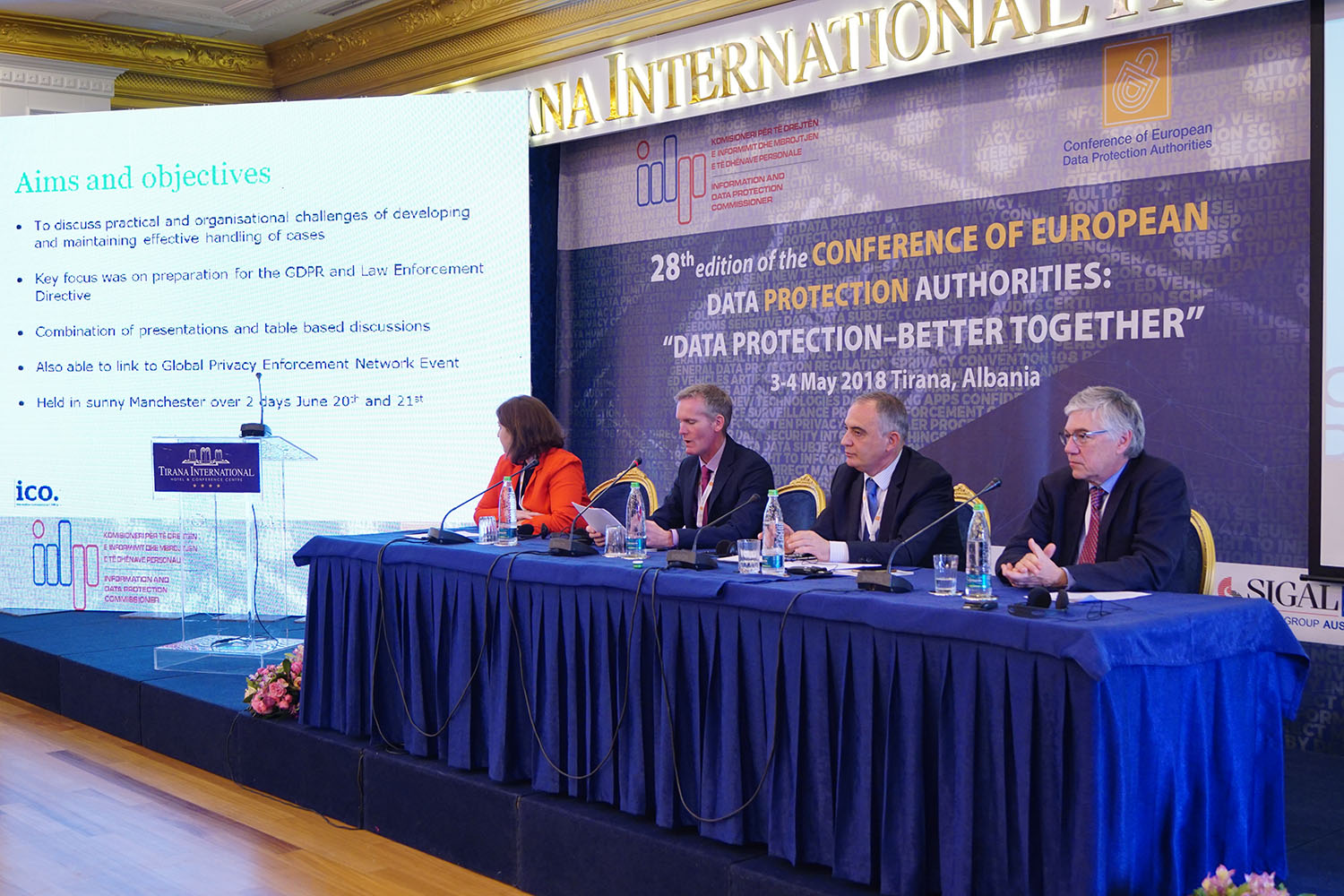 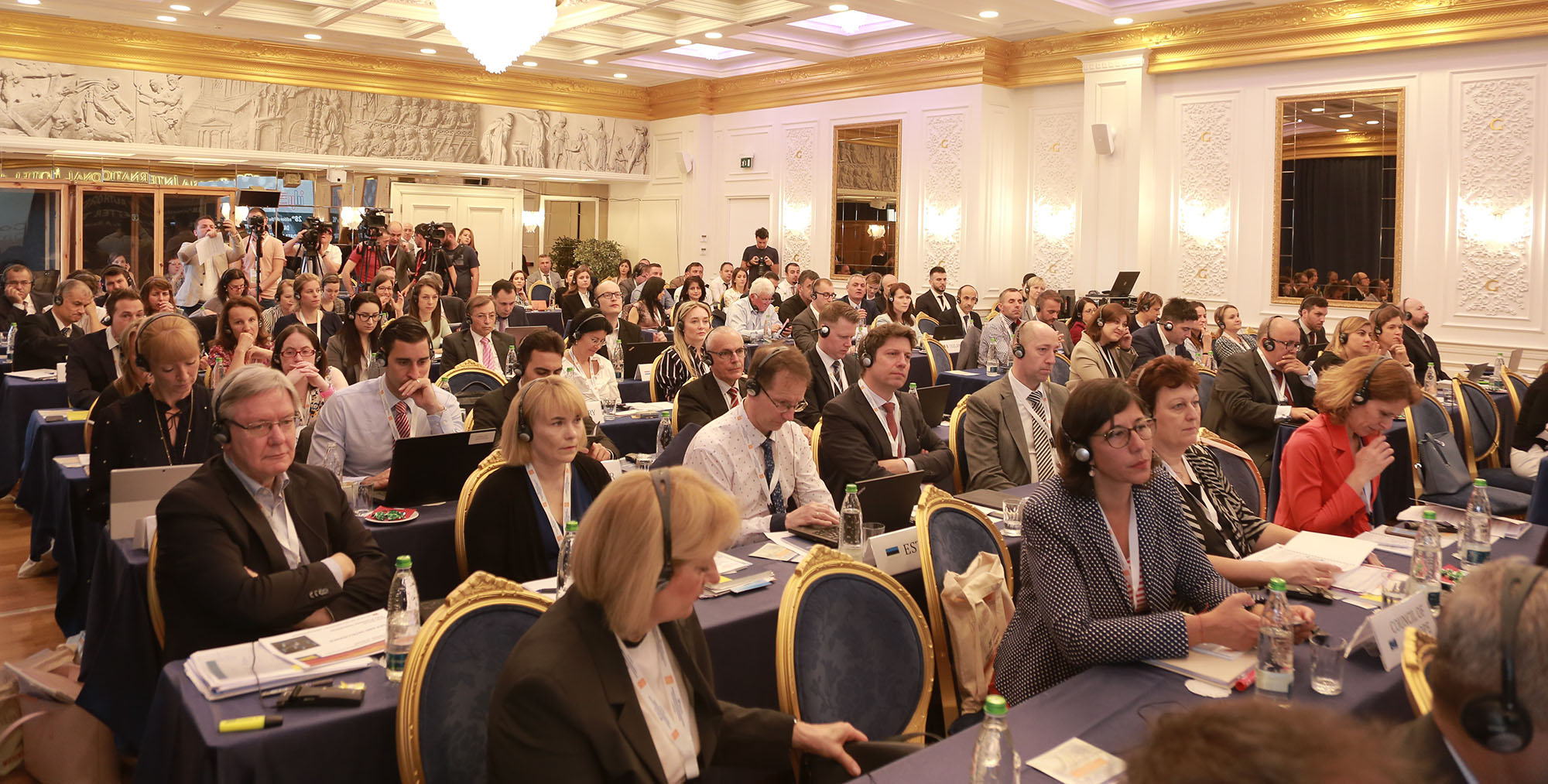